Enertion Boards is know for the Raptor skateboard. The Raptor is a street ready, liquid cooled beast that is ready to take up anything.

The Raptor has been discontinued. We currently offer a limited amount of spare parts.

Enertion Boards was created in 2014 with a mission to educate people, grow a passionate community, build an industry and develop high-performance parts required to build awesome electric skateboards.

Also in 2015, Enertion was the first vendor to mass-produce and promote the open-source high voltage VESC motor controller which was a pivotal moment in the evolution of safety, performance and configuration of self-made boards. Developed the first mass-produced esk8 specific li-ion battery pack with integrated charging & safety features drastically simplifying the process of building your own esk8. Released open-source motor mount designs making it easy for anyone to produce quality dual-motor mounts.

In 2016, Enertion was first to market with a kicktail deck, made using carbon fibre molded over a foam core, featuring an integrated components cavity specifically made for builders of electric skateboards. This deck was used in the original Raptor which to this day is still one of the lightest & highest-performance boards ever made. The Raptor was the worlds first ever semi-mass-produced pre-built board using VESC based motor controllers & large 63mm Diameter Motors.

In 2018, The Focbox Unity was released open-source; the worlds first all-in-one, dual-drive, high voltage motor controller, the focbox unity made building your own electric skateboard more affordable and easier than ever before. The Focbox Unity became an industry favourite and can be found in the best brands of high-performance electric skateboards, such as Lacroix, Kaly & Bio Boards.

In 2019, An updated & refined Raptor 2.1 was released. This board came standard with the focbox unity, liquid-cooled motors, improved software and overall more polished user experience. The Raptor 2.1 was easier to manufacture with a more refined and scalable supply chain ready to expand into global markets. 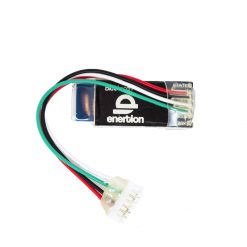